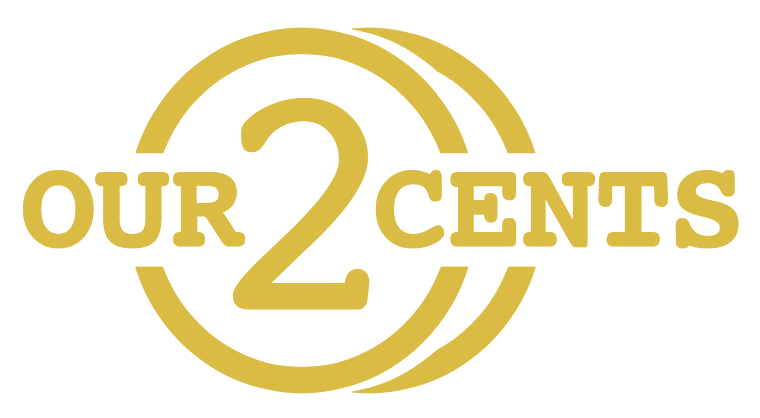 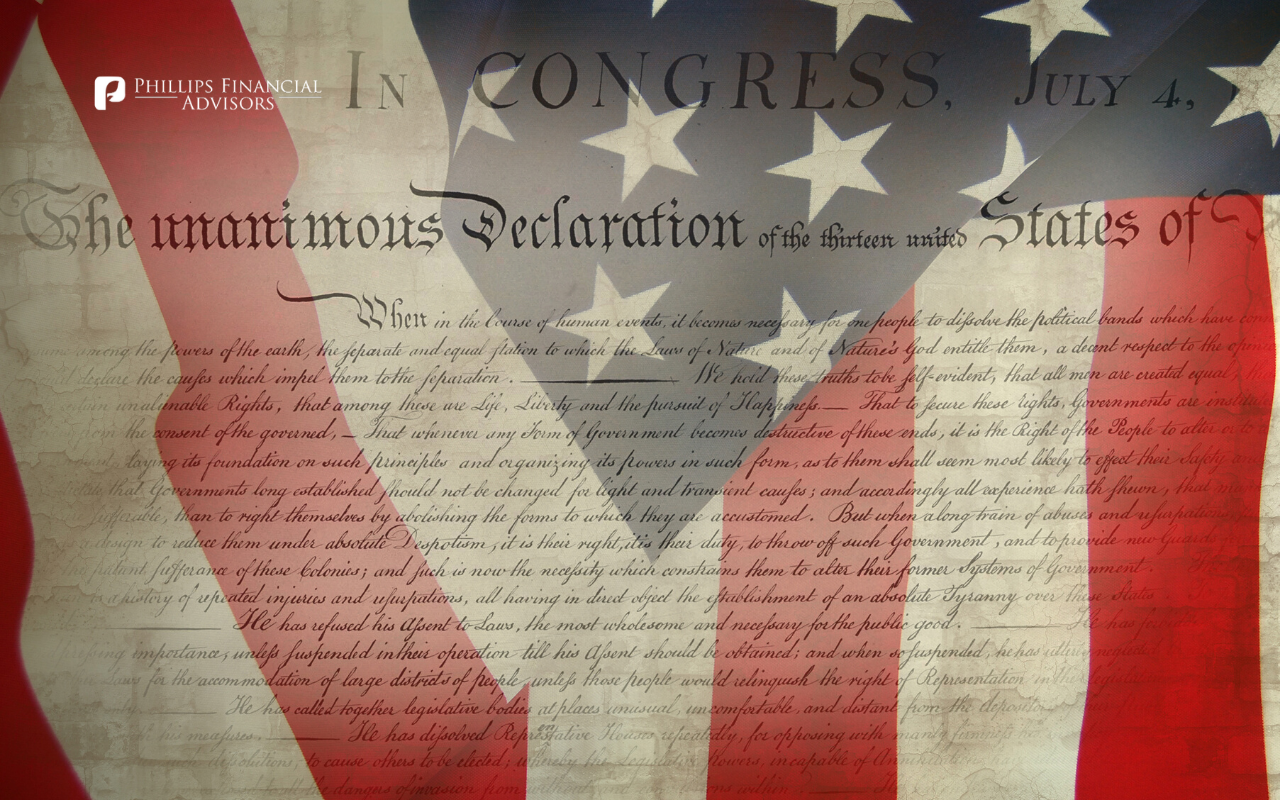 “Perspective, Marines!” was the famous saying of our platoon commander, Lt. Iversen.  Any time we thought we had it rough, he was immediately ready to give us a huge dose of perspective with a 10-mile run in the unforgiving heat of a North Carolina summer.  “Life can always be worse, Marines.  You have it pretty good.”  I can still remember those words to this very day.  At the time as a 21-year-old Lance Corporal, I just thought he was a sadistic jerk who enjoyed seeing his platoon suffer, but there was wisdom in his approach that I couldn’t see initially.

I served in the United States Marine Corps from 1998 – 2003 ending my enlistment with the invasion of Iraq in 2003.  A trip to Iraq will very quickly give you some fantastic perspective on just how good we have it in the United States.  Our team was attached to 1st Marine Recon Battalion based out of Camp Pendleton, California.  We were desperately short of food and had been engaged in a firefight to secure an airfield.  The Iraqi army knew we needed it and fought us tooth and nail to keep it.  At that time, I had not eaten in 4 days and was keenly aware that we needed that airfield to have supplies airlifted to us.

After dark, our unit finally secured the airfield and the nearby town.  I was ready for some much-needed rest.  Our team was sent to the town to find an abandoned house to sleep in that night and finally eat some food.  We needed the break.  As we were entering the town, I had one of those life-changing moments of perspective.  This was a town of mud huts that would have looked like it belonged in the 12th century, not the 21st.  What made the huts very peculiar were the satellite dishes attached to the sides of them.  It was dark at the time, but in the morning, I foolishly realized that I made my bed in the part of the hut where the animals were kept.  Nobody wanted to be around me because of the smell!

I remember thinking as I saw that town just how blessed we truly are in America.  That place made me miss my home.  It’s sometimes easy to forget that.  We are so wealthy, we live in a country where we’ve built houses for our cars called garages.  We have so much food, we have to worry about ways to lose weight rather than gain it.  We have machines that do our laundry and dishes for us!  I’m not saying that America is perfect.  Not by any stretch.  But we live in a fantastic country where the poor among us would be counted as tremendously wealthy by the standards of the rest of the world.

This story teaches us to appreciate the foundations of capitalism that our Forefathers set in motion to make the American Dream possible. This freedom allows us to pursue our dreams, fail, and get back up to try again. This opportunity to pursue our dreams is not limited by the town we grew up in, who our parents are, or what we have been through. That spirit of the American Dream is still alive and well, all we have to do is push towards it one step at a time. Everyone has a different starting line, a different mountain to climb, and different obstacles along the way, but in America, we all have the freedom to use our talents to reach our fullest potential. In this time of uncertainty and unrest, let us not forget the foundations of our great nation which include life, liberty, and the pursuit of happiness for all people, that are created equally under God.

Our Declaration of Independence famously says:

“We hold these truths to be self-evident, that all men are created equal, that they are endowed by their Creator with certain unalienable Rights, that among these are Life, Liberty and the pursuit of Happiness.–That to secure these rights, Governments are instituted among Men, deriving their just powers from the consent of the governed.”

James is an Investment Advisor Representative who specializes in investment and estate planning for those who desire to protect, grow, and distribute their wealth with integrity and wisdom. James graduated from Ashland University in 2005 with a Finance Degree and Bachelor of Science in Business Administration. In 2012 James opened his own firm to better serve his clients. James has his Series 7, 63, and 65 securities registrations, as well as his insurance licenses for Life and Annuities. James grew up in Ohio where he trained to be a champion in his wrestling career. He put many hours into his training and his dedication to hard work allowed him to win a National Championship with multiple All-American honors. Nowadays, James is focusing his dedication to help prepare his clients to meet their goals. He enjoys spending time with his wife Jessica and their four children.

Amy has been in the Insurance and Real Estate business for over 15 years. Amy enjoys working with people and helping individuals reach their goals. She enjoys supporting and working with a team that makes a difference in peoples lives. As an executive assistant Amy assists with making sure the office runs smoothly. Amy has a bachelor and master’s degree from Clarion University as well as a real estate and insurance license. In her free time she loves spending time and eating with her Italian family. Her daughter Ashton is in law school, and she tries to spend as much time with her as she can.

As the Administrative Assistant, Jessica specializes in client engagement, scheduling, and marketing. She holds a Bachelor of Fine Arts Degree in Art Education from Bowling Green State University. Jessica is an artist who specializes in abstract paintings. Several of her artworks are on display in the office. 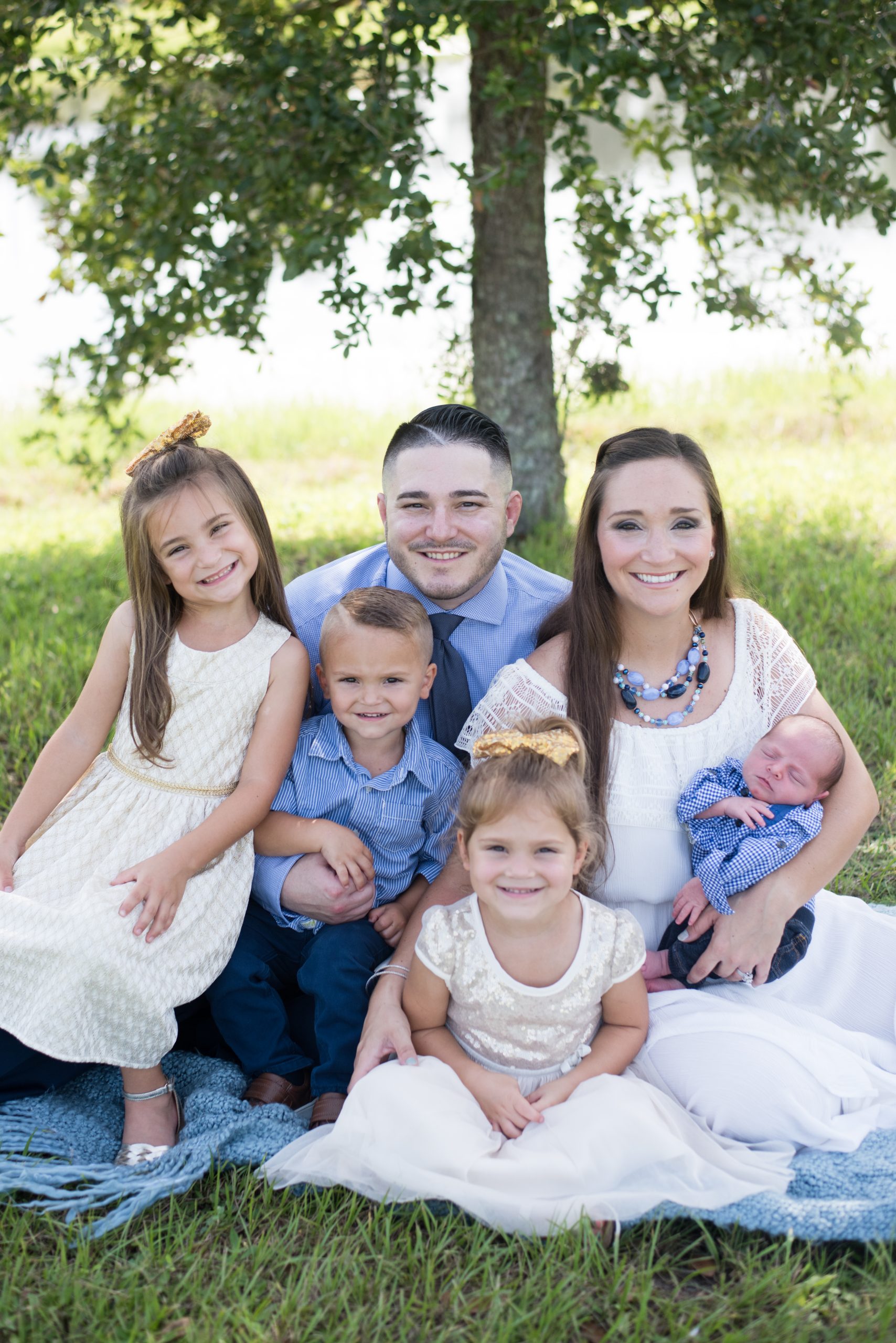 Nate is an Investment Advisor Representative who specializes in financial planning and helping his clients grow their wealth with wisdom and integrity. Nate graduated from Southwestern Assemblies of God University in 2013 with a Bachelor of Science in Social Studies Education. Nate has his Series 65 Uniform Investment Adviser Law registration. He has worked as a high school social studies educator and coach for 8 years. He grew up in Illinois where his family still lives. Nate played football at SAGU, earning Academic All-American honors. Today, Nate is dedicated to helping his clients with their financial goals. Nate spends his down time with his wife Tiffany and his son Quinn.

Tammy has been in the financial planning industry since 2003. As our Head of Training and Operations Administrator, Tammy works with our Investment Committee to assist with trading and auditing all actively managed accounts at Phillips Financial Advisors.

A Kansas City native, Tammy is a proud Air Force wife, currently stationed in New Mexico. When not at work, Tammy supports her local community as the Treasurer of the Pregnancy Resource Center in Eastern New Mexico as well as co-founding a church in Clovis, NM where she serves as both Vice-President and Treasurer.

Karey is responsible for ensuring that all advisors and staff stay within compliance of all federal, state, and FINRA rules and regulations. Karey serves as the Chief Compliance Officer of Phillips Financial Advisors. Licensed to sell life insurance, she is also an Accredited Investment Fiduciary®, a designation earned from the Center for Fiduciary Studies™. We keep Karey pretty busy.

When not at work, Karey serves on the board for Just Food; the food bank in Douglas County, supplying more than 40 partner agencies with food donated from community drives.

Kara is the executive assistant for Phillips Financial Advisors.

Kara is also a securities registered representative with Cetera Advisor Networks LLC and enjoys building relationships with advisors and helping them accomplish their financial goals.

A native of Lawrence, Kara and her husband Troy, have two boys, Tyler and Chase. When not at a football field or baseball diamond they enjoy camping, boating, and off-roading in South Dakota and the mountains of Colorado.

Victoria has been an advisor on the hybrid-RIA platform since 2005 and works with a wide array of clients that range from university presidents to Hollywood celebrities. An Accredited Investment Fiduciary® and a Certified Financial Planner®, she is also a Chartered Financial Analyst Charterholder. This designation serves to lead the investment profession globally by promoting the highest standards of ethics, education, and professional excellence.

Along with serving her clients, she leads our Investment Committee to plot our approach to asset management. She also performs stock market analysis for investment strategies and is in charge of the securities trading component of our company.

Victoria is a 2018 40 Under 40 Honoree* by InvestmentNews, the leading news source for financial advisers. The 40 Under 40 project is designed to reveal top young professionals who do remarkable work in the financial industry. To be considered, she met their four criteria of accomplishment, contribution, leadership, and promise.

She has been featured in the Wall Street Journal, New York Times, Associated Press, US News & World Report, ABC News, Fox Business News, Inc.com, the Washington Post, and other top publications about work-life balance as the CEO of a multi-million dollar business and being a working mom.

She and her husband Luke keep active with their two children.

Bobby is an Investment Advisor Representative who specializes in designing efficient portfolios tailored to meet clients’ needs.  He also creates personalized financial plans that help give clients confidence in their financial future.  Bobby graduated from Kent State University in 2007 with a Bachelor of Science in Accounting.  Bobby has 8 years of industry experience.  He has his Series 7 and 66 securities registrations and is pursuing his insurance licenses for Life and Annuities.  After high school, Bobby enlisted in the Marine Corps, attained a Top-Secret SCI security clearance, and served in Iraq as a Sergeant in 2003 as a communications interception expert.  Bobby now devotes his time and energy toward the financial peace of his clients. Bobby and his wife Kate are excited as they are expecting their first child soon.

Garth is an Investment Advisor Representative who specializes in comprehensive, individualized investment planning to build and protect his client’s assets with integrity. He places a high value on building relationships with his clients.

Garth is a veteran of the US Air Force, a native of Louisiana and a graduate of Berea College. In 2008, he began his financial services career as a Financial Advisor with Edward Jones Investments. In 2014, Garth became an Independent Advisor to better serve his clients. He holds his Series 7 and Series 66 securities registrations. He is also licensed for life insurance and annuity products. Garth has been married to Katie for 21 years and has twin daughters, Anna and Lily. He is involved in his community and has served on the Building Advisory and Financial Advisory committees for the Lee County School Board. He is a member of Kiwanis and serves as a vestry member at his church. In his free time, Garth enjoys boating, fishing and spending time with family and friends.

Sixto Velasco is an associate with Phillips Financial Advisors, and is currently pursuing his financial licenses while assisting James in portfolio design and office management. Sixto graduated from the University of West Florida in 2012 with a Bachelor’s degree in Electrical Engineering, and a Master’s degree in Business Administration in 2015. Sixto earned a baseball scholarship and was part of the College Baseball National Championship team in 2011. He is originally from Venezuela, but migrated to Florida in 2000 where he has spent the last 18 years of his life. Having grown up without financial stability, Sixto has experienced the benefits of good financial stewardship and wants to give that gift to the people he comes in contact with. Sixto and his wife Jordan are looking forward to the birth of their first child soon.